Honda Activa Spare Parts Price List PDF are available here with latest price details of all spare parts of Activa. Honda Activa is one of the popular and most sold scooter in India. So, there have a huge demand for it’s spare parts also. Honda Activa introduced many models since it’s launch. The all models of Activa are commercially successful and 6G is the latest model of Activa. Recently, Honda announced that, they are crossed milestone of 2.5 crore unit sales of Activa. Since, Activa launched in 2001, they are introduced many models including recently launched 125, 3g, 4g, 5g, 6g.

Honda Activa created a revolution on Indian roads since introduced. So many women’s learned riding scooter on Activa and concept of driving two-wheelers totally changed since arrival of Honda Activa. Fuel economy is another advantage of Honda Activa. Honda upgrading Activa models for fuel economical at least once in a year. Honda Activa is at far ahead of its competitors in terms of fuel economy. So, Activa have high sale value in used scooter market.

This is the first model of Activa which is introduced on 2001. Still we can see this model of Activa on Indian road. The first generation Activa is quiped with 102cc engine with 7 hp of power and peak torque of 8Nm. The first generation Activa is can take up to 80 kmph of speed. The design of first model Activa is very similar to Honda Eterno. This Activa model is more durable because it’s have a full metal body with spacious foot area.

Activa 2G is another model of Activa, which is introduced on 2009, after 8 years since launch of first model. This model ruled Indian road for next 6 years, that is till 2015. This is the basic model of Latest Activa’s in terms of design. Honda Activa 2G have a fuel efficient 4 stroke 109.2 cc engine with 7.68 hp power and 8.79 Nm of torque. Honda changed the design of Activa to attractive looking, easy to handle through 2G model.

Activa 3G Launched at 2015 and it’s an upgraded model of Activa 2G. The major upgrade in Activa 3G is tubeless tires. The 110 cc engine is powered by Honda Eco Technology have 8hp of power and 8.83 Nm of torque. The top speed of the Activa 3G is 85 kmph.

Following are the more Features of Honda Activa 3G:

From 2015, Honda are facing huge competition in scooter section especial from TVS & Suzuki. Then Honda is compelled to upgrade Activa models faster than ever. At 2017, Honda upgraded Activa 3G to 4G model. When comes to 3G to 4g, There was no significant change in terms of design and technology. Honda just changed their engines as per BS4 norms in 4G model. The torque of engine also increased to 9Nm.

Activa 5G and 6G are the latest models and both are introduced within shorter interval of time. There was some improvement in terms of design, when coming to 4G to 5G & 6G. Manufacturer improved overall built quality and redesigned lamps. In India, BS6 laws comes in effect just after launch of Activa 5G. Then Honda company decided to relaunch 5G model with BS6 norms, that is 6G currently available on market.

In Activa 6G, Honda reprogrammed fuel system and engine as per BS6 instructions. This change given us one of the best scooter available on our market on current situations. The only blow for customers are Honda also increased price of Activa when comes from 5G to 6G. But, that is reasonable when looking to additional features.

Activa i is a lightweight, stylish, cheaper and fuel efficient variant of Honda Activa. Activa-i carrying the same engine and specifications that other Activa models have. But, there is significant change in designs. The design of Activa-i are looking compatible and targeted youths.

Honda Activa 125 is the powerful version of Activa’s till now. As mentioning on it’s model name, this scooter is powered by 125cc engine. Activa 125 also have difference in designs and looking bulky when comparing to other models. Since it uses a powerful engine, the promised fuel efficiency of Activa 125 is only 47 kmpl.

HET is introduced to Indian market with Activa 2G model. The HET means Honda Eco Technology which ensure more fuel efficiency. The HET is also implemented on other honda models like Aviator and Dio. Honda Activa HET is claiming 60 kmpl of mileage, which is highest about any scooter at launched time. Honda included HET in all launched models of Activa till now.

Recommendation From Honda About Usage of Spare Parts:

Honda always recommending usage of original spare parts from authorized seller. Duplicate or faulty spare parts may affect your scooter’s performance in a bad way. It’s better to find an authorized Honda service center, and they will service your scooter with genuine spare parts. 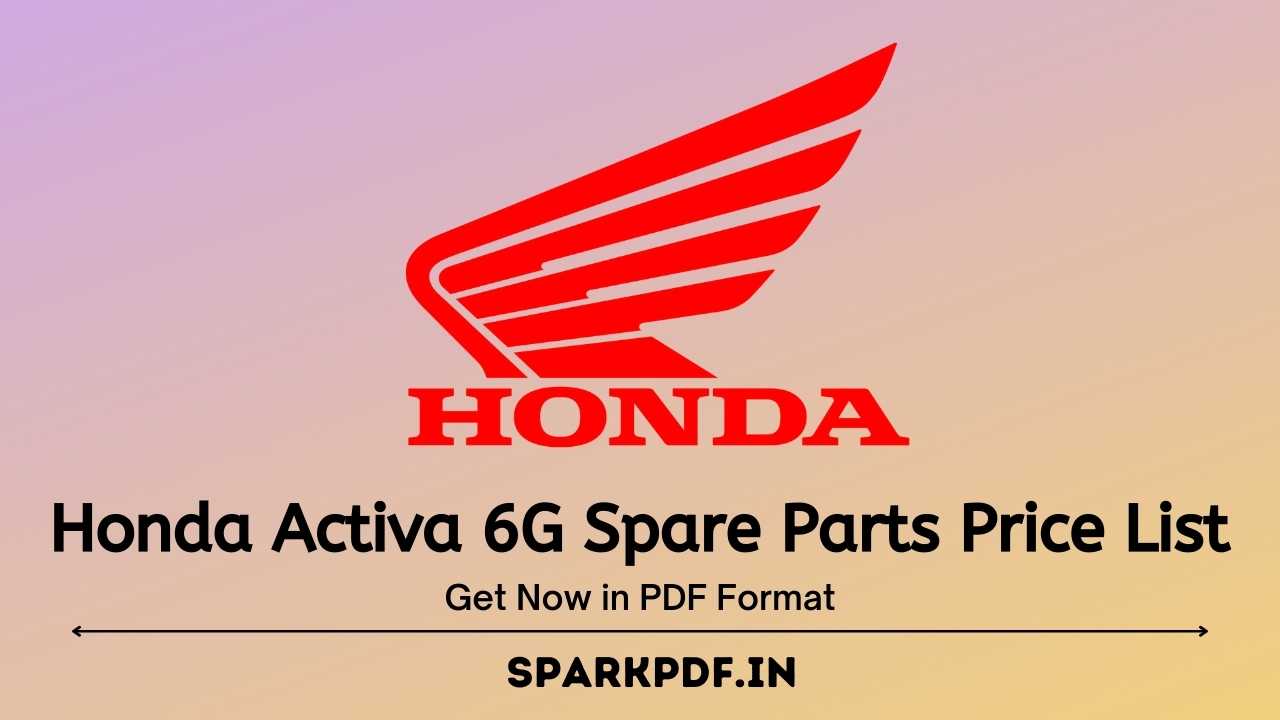